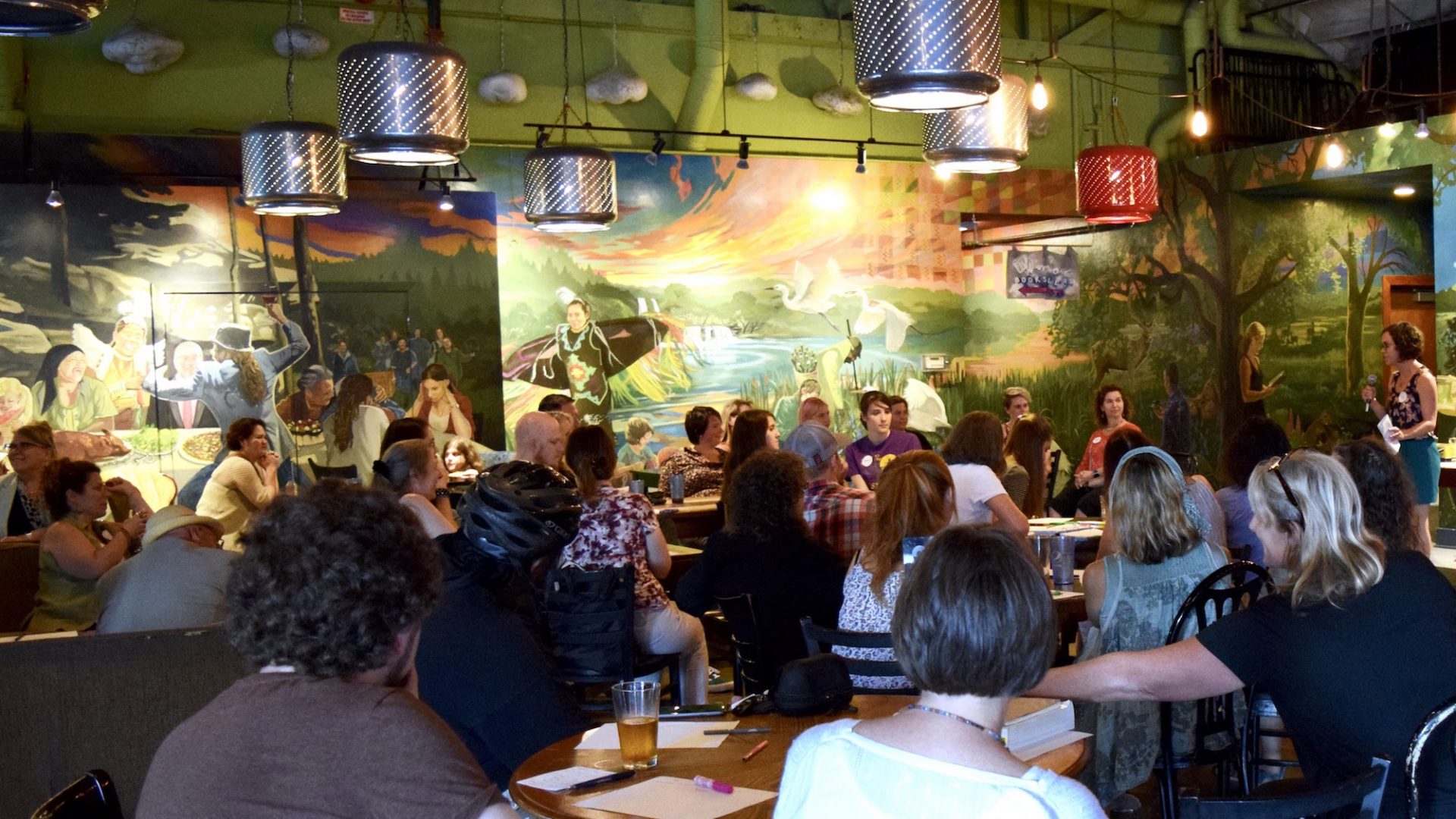 I recently co-organized an event in Eugene, Oregon for women interested in technology careers. We hope we can start to find solutions to some of the gaps in the Eugene tech hiring market, along with many broader goals.

The event started a lot of interesting conversations, including the one that inspired this story.

After the panel discussion, we took questions from the audience. The last question was from a young woman named Sarah.

“I am currently a major retail store manager with many qualifications and years of manager experience, who is also financial head of household. I’m looking to change careers. I don’t have my degree, and don’t see going back to school to finish it. How do I transition to a new career?”

It was almost like we planted her there to ask that question. We chose social media as a topic for this very reason. We hoped to find women like Sarah and invite them to have this conversation.

After the event, we caught up with Sarah, and what we learned was surprising. Sarah had been so nervous to ask her question that she was shaking, but she was really glad that she did.

A month later, we heard from Sarah. She thanked us and let us know that she has already followed up with WorkSource Lane based on the recommendation of my co-organizer Elaine Pandolfi. The job hunt is on!

We are really proud of Sarah for taking this step, and thrilled to hear that our movement helped inspire this.

A Call to Action — RWIT

A few days after our first event, I attended the TechTogether event put on by WICS UO. Kathleen Lehman presented on some of the findings of the BRAID Initiative. They discovered that the number of female college freshmen taking introductory level Computer Science classes is much lower than women taking it as an elective later in their college career.

Kathleen reported that the first computer scientists were women and that the numbers of women in the field remained high until they created an degree program for it and modeled it after Engineering. In taking this approach, CS adopted the same diversity issues facing Engineering, a trend which has not been reversed for either field.

As the number of women in technology programs increase, many women who would thrive in these careers will have already been missed. These women need a path, and the Redefining Women in Tech community can provide it through educational and mentorship opportunities.

During my first semester of college, Introduction to Mechanical Engineering class provided me with a basic introduction to programming. The assignments came easy to me. I remember how excited I was to write my first function… to understand the power of it.

Between my first and second years I completed my first co-op at a construction engineering firm in Cleveland. My job was to write an instruction manual for (and incidentally bug test) their in-house software. I loved working with the lead software engineer to identify and fix bugs: creating the steps to reproduce the issue, watching him fix it with ease, and deploy fixes for me to test minutes later. Over the course of 3 months I was able to watch the system evolve.

The next semester, I sat down with my advisor and asked how long it would take to double major in ME+CS. It would have added 2 years to my program, so I passed. Though I have no regrets, this was not the best decision of my career.

For the next 5 years I worked as a barista, server, and bartender, while I taught myself about software development.

There is nothing wrong with a career in retail if that inspires you. In my experience, the retail, restaurant, and hospitality industries is saturated with high potential individuals somewhere in the career transition process.

Many of the people I worked with in customer service eventually retrained and transitioned to higher paying careers in technology and other industries. If we can draw people like this into the conversation earlier, perhaps we can help give them the tools they need to find the right career path sooner. Ultimately, this will lead to higher local job satisfaction rates and a shrinking talent gap for high profile tech jobs.

We consider Sarah’s story a success for Redefining Women in Tech, and more importantly, for Sarah. We hope to inspire more women like her, and encourage other women to share their stories with us so we can learn what is working.

Our next event is planned for April 12th 2017, with another spectacular panel of women discussing the intersection of Arts + Technology.

Redefining Women in Tech connects individuals with the communities and resources they need to thrive in tech careers. We are currently planning events in Eugene, Oregon and looking for mentors from any region.